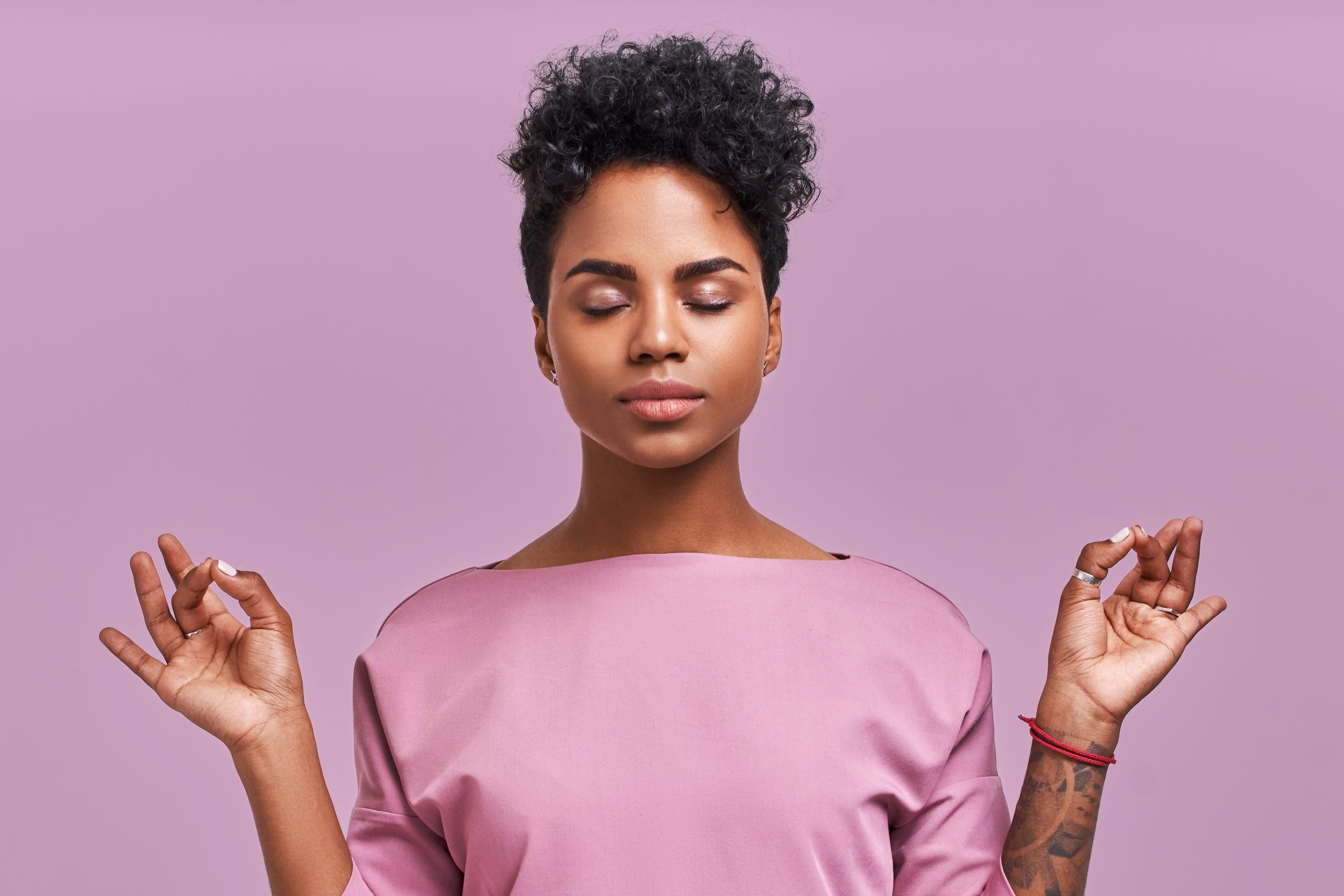 Emotional and Physical wellbeing are intimately linked. If we are in chronic pain, it can be hard to be joyful, happy, and interested in connecting with others. Conversely, if we are well-rested, well-fed, and in good physical shape, we feel good and want to be socially active. It turns out the Vagus Nerve has a lot to do with this.

It is not well known that the vagus nerve helps regulate most bodily functions necessary for our health and emotional wellbeing. The vagus nerve is one of the largest nerves connecting your brain and gut. It sends signals both ways through the firing of neurons (cells found in the brain, central nervous system, and gut).

There are approximately 100 billion neurons in the human brain, and around 500 million neurons in your gut. They are all connected through your nervous system.  For us to feel good emotionally, be healthy, and interact positively with others, the vagus nerve must be functioning correctly.

The first record of the vagus nerve was in 130-200AD by physician Claudius Galen who lived in the Roman Empire. Galen studied the vagus nerve in gladiators who were his patients and in apes and pigs he dissected to learn more about the body. Galen recorded specific dysfunctions that occurred when the vagus nerve had been severed in some of the gladiators.

Over the next centuries, as healthcare professionals treated patients with Galen’s observations in mind, they came to believe that the autonomic nervous system (ANS) consisted of two divisions, the sympathetic and the parasympathetic, both of which innervate the visceral organs.

According to their interpretation, the sympathetic division is activated in states of stress. It helps to mobilize the body to fight or flee – or freeze if needed. The parasympathetic nervous system was understood to consist primarily of the vagus nerve, which promoted rest, relaxation, and restitution.

The idea that these two branches – the sympathetic and parasympathetic operated as a balanced system was universally accepted. A person was thought to move back and forth between a state of stress and relaxation, like the back and forth action of a seesaw. When one side goes down, the other goes up and vice versa.

Chronic stress has been linked to health problems involving diabetes, heart disease, asthma, and many other illnesses. Studies have found that people with certain chronic diseases have reduced vagal tone, which indicates reduced vagal function.

A well-functioning vagus nerve – thought to bring relaxation with it – was believed essential for good health.

The New Approach To Understanding Stress – The Polyvagal Theory

The sympathetic nervous system enables extreme mobilization to facilitate flight or fight. The two branches of the vagus nerve can bring about immobilization.

Stress and the Sympathetic Nervous System

In the old theory of the ANS, stress and relaxation were considered to be opposites. In the Polyvagal theory, the vagus nerve is now understood to include two distinct pathways that activate two different non-stress states.

Neither of these states exactly match the relaxation in the older model of the ANS. The sympathetic nervous system’s response is considered mobilization with fear to an external event or internal state, maximizing the potential to fight or flee.

This state creates a response with the potential to make an extraordinary effort to save our life, or someone else’s when in a threatening situation. If the nervous system is resilient, it should naturally return to a state of relaxation and social engagement (the ventral vagus branch).

If the nervous system does not return to a more restorative state, this activation of the sympathetic nervous system becomes chronic, creating problems not only in our physical and emotional health but also in our relationships.

It is important to note that the sympathetic chain is not limited to a defensive fight or flight response. If our ANS is functioning optimally and we are safe, there is a slight activation of the sympathetic nervous system on each inhale, causing the blood pressure to rise and the heart to beat slightly faster. This results in a stronger pulse. On the exhalation, this slight activation stops as the blood pressure decreases, and the heart rate slows. If there is no change on each inhale and exhale, it is a sign that there is dysfunction in the nervous system.

The Polyvagal Theory considers what happens in the visceral organs when in a state of shock or depression. Both of these states are found in the new approach to be immobilization. This theory also considers the two separate physical structures in the nervous system responsible for depressive feelings or shock (immobilization with fear) on one branch and social engagement (immobilization without fear) on the other branch.

The Ventral Branch of the Vagus Nerve – Rest & Restore

The ventral branch, along with four associated cranial nerves, promotes rest and restitution. This branch ensures that the physiological prerequisites for optimal physical and emotional health and present. When working correctly, we are socially engaged, creative, productive, positive, and happy. The ventral branch is considered to be newer in terms of evolution, found only in mammals. According to Porges, these two branches of the vagus nerve emerged at different stages in evolutionary development.

Activity in the Ventral Branch – Immobilization Without Fear

When we are safe and free from threats of danger and good physical health, we normally exhibit behavior that is socially engaged. The Ventral Vagal state allows us to rest and restore ourselves. We can choose to be immobile. We can daydream and meditate. We can watch the sunset, spend time with those we care about.

If our nervous system is functioning optimally and we are socially engaged, we might meet new situations with positivity and trust. Since we feel safe, we may try to communicate and cooperate. Even if there is a threat, we might still be open and friendly in the beginning. Sometimes our positive prosocial behavior puts the other person at ease, and the situation might be diffused.

The Dorsal Branch Of The Vagus Nerve – Instinctive & Defensive

If our prosocial behavior is not enough to neutralize the situation at hand and the threat or danger continues or heightens, the social engagement circuit is the first to be abandoned. All of our energy turns to instinctive, defensive responses. We might fight or flee to avoid the situation. If this is not enough, we may shift even further and collapse into a dorsal vagal state of withdrawal and shutdown.

When we are in danger or feel that we are, our autonomic nervous system shuts down the activity of the ventral branch of the vagus nerve evoking a more primitive response of flight or fight or withdrawal.

Activity in the Dorsal Branch – Immobilization With Fear

The dorsal branch is present in all classes of vertebrates and is the older of the two branches. The Polyvagal theory has two ANS states.

The dorsal vagal state brings about a state of metabolic shutdown. This enables animals to reduce activity levels and conserve energy. Also described as “immobilization with fear.” We are afraid, but we do nothing to escape or confront, we just give up.

Although many feel as if they are stressed, a large number of individuals are not actually stressed in terms of spinal sympathetic activity. Some of these individuals are physiologically in a sate of dorsal vagal activity (shutdown or withdrawal). They are emotionally in a depressed state.

According to the Polyvagal Theory, their state is actually an activation of the vagus nerve’s dorsal branch. They may be lethargic, immobilized, and unmotivated.

The three circuits – sympathetic, ventral vagus, and dorsal vagus- are hierarchical, with a progression from one state to the next, according to the ANS’s evolutionary development in vertebrates.

I AM: Social engagement (the most recent branch to be developed) is on top.

It promotes a sense of wellbeing and peaceful immobilization.

I CAN: Next on the hierarchy is the spinal sympathetic chain, which activates the fight or flight response or mobilization with fear.

I CAN’T: At the bottom is the dorsal vagal circuit (the oldest evolutionary structure), which triggers the defensive response of immobilization with fear.

The ventral branch of the vagus nerve inhibits the two lower levels.

Supporting activities that are productive in terms of survival, along with social activities, can lift one out of a dorsal shutdown.

It isn’t necessary to climb up each step or level in the hierarchy.

Positive activity in the spinal sympathetic chain can also inhibit the dorsal vagal branch. Forms of exercise that stimulate exertion in the fight or flight sympathetic branch can often help bring one out of depression.

It is interesting to note that many antidepressant medications work by chemically stressing the body. However, these medications do not bring us all the way up to a state of social engagement according to Stanley Rosenberg, author of Accessing The Healing Power Of The Vagus Nerve.

According to Rosenberg, there are simple exercises to help stimulate the Ventral Vagus Nerve to bring one back into a state of social engagement.

The state of our autonomic nervous system is linked to our overall physical and emotional wellbeing. Keeping the proper functioning of the ventral branch of the vagus nerve is vital to our health and wellbeing.

In a world where everything is continuously changing both inside and outside of us, our survival, wellness, and happiness are closely linked and dependent on a flexible well functioning autonomic nervous system. This gives us the ability to appropriately respond to changing environments both outside and inside our own bodies.

In a future journal post, I will share simple exercises that help restore the ventral vagal state of the autonomic nervous system, helping to bring you back to a place of socialization and harmony. 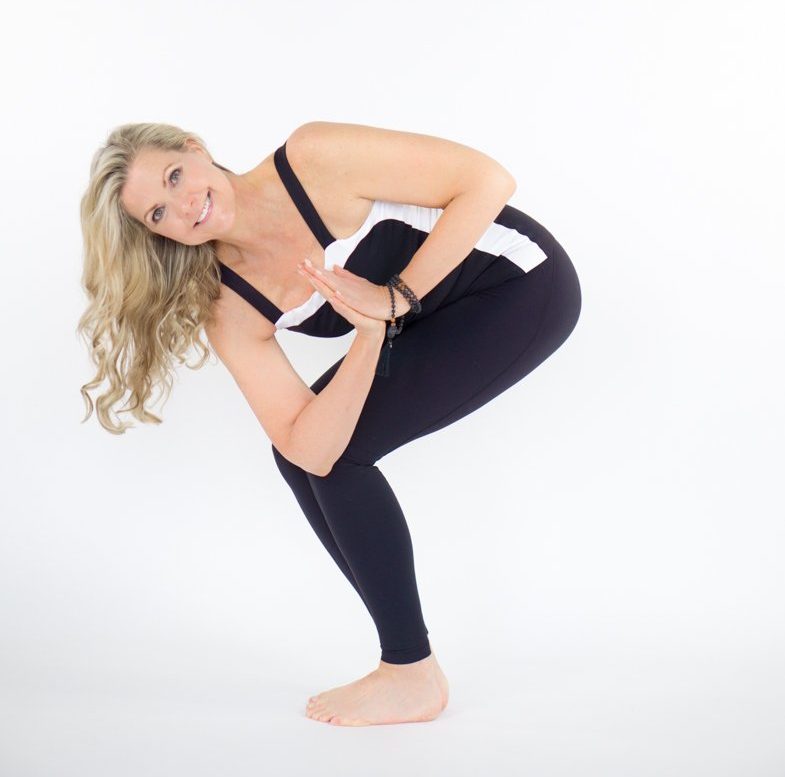 Hope Knosher is the founder of Healthy Living With Hope and Hope’s Yoga. Based in Atlanta, Georgia she is a Certified E-RYT500 Yoga Teacher, Certified Health & Wellness Coach & Certified Yoga Therapist with the International Association of Yoga Therapists.

Hope and her work have been featured in numerous publications including Reader’s Choice “Best Of Atlanta” by Atlanta Magazine, one of Atlanta’s “Over 40 & Fabulous” by Best Self Atlanta, the Atlanta Journal-Constitution for her work with cancer survivors, MindBodyGreen, Noteworthy, Mantra Yoga & Health and cover features with Northside Woman and Yoga Magazine.

10 Basic Yoga Poses For Beginners
Next Post: Balance Your Nervous System With These Six Activities