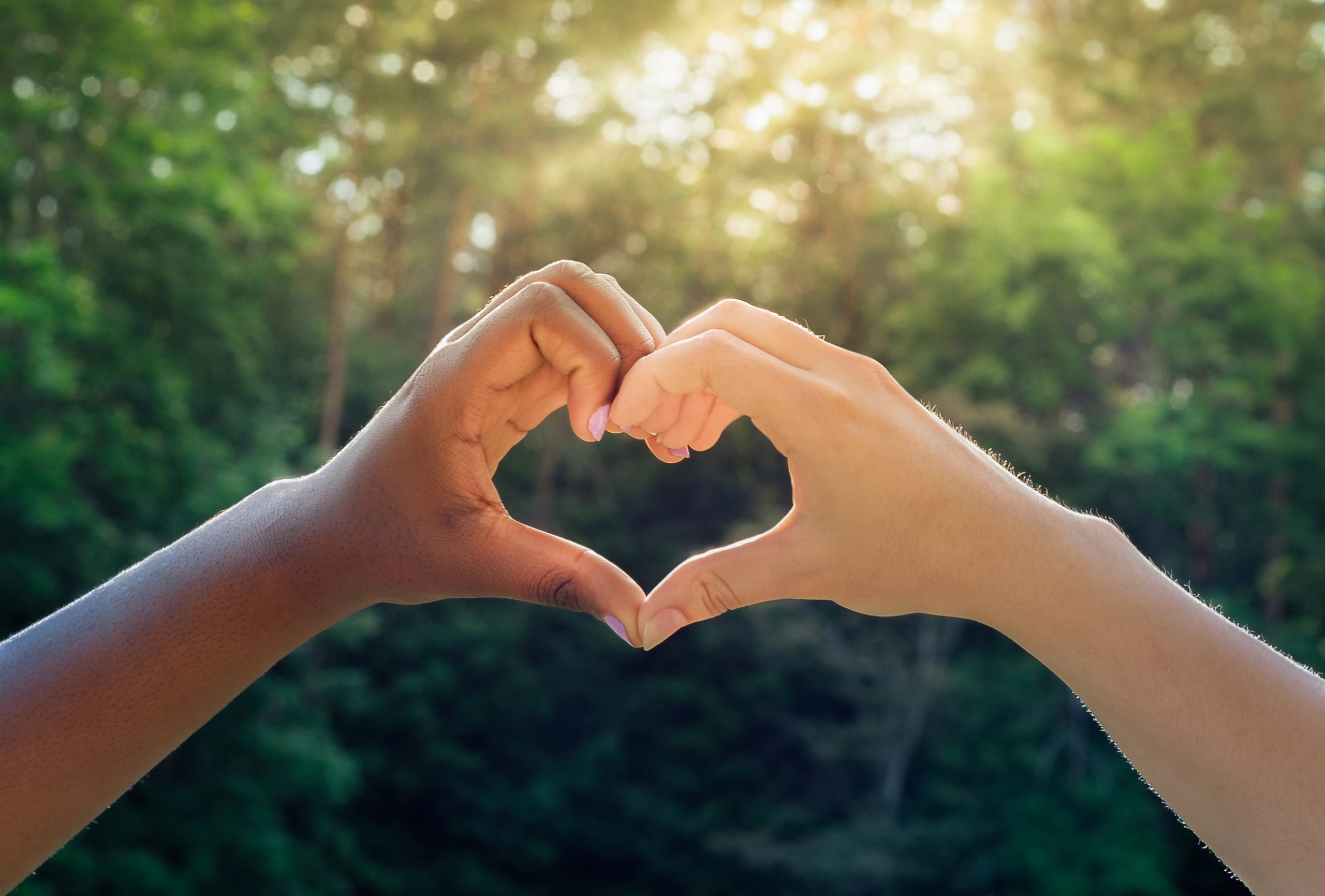 “In a racist society, it is not enough to be non-racist. We must be anti-racist.” – Angela Davis

I have never been a “political” person, always keeping my beliefs close and not wanting to get in the crosshairs of controversy.

I have been afraid of saying the wrong thing. I had always tried to respect other views when they differed from mine. I have wanted to be a good citizen and person.

None of this is an excuse.

But, honestly, I had no idea how bad I was failing.

It is not my intent in any way to speak out of context or to harm anyone with my words. I can say that I am awake to the social injustice that I have unconsciously been a participant.

However, I most assuredly don’t have a complete understanding of the depth and breadth of my subconscious conditioning. I cannot relate to the depths of suffering of black people everywhere over the past centuries.

I am sorry it’s taken me so long to see the truth about racism.

Without truth-informed perspectives, we will never build a bridge for racial reconciliation.

To move from awareness to acknowledgment, we must be brave enough to acknowledge the uncomfortable facts and events.

We can’t change the subject because issues of racism make us feel bad or uncomfortable. We must lean in, open up, and listen. We must do the work.

My heart is calling me to share my voice on behalf of social justice and black lives everywhere.

To speak to those on the sidelines in the hope that, in doing so, there will be an opening created in their hearts for deeper understanding.

I recently attended a rally held and organized by the ANDCampaign with my nineteen-year-old daughter. My daughter is an avid reader, a peacemaker, and has always had a heart for others.

She voiced her burning desire to attend this rally. She knew as parents we would be concerned about her safety, given all that was happening.

After much tearful discussion and her sharing her heart for justice, I decided to participate with her.

Heartbreaking discussions about white privilege combined with participating in this event caused a shift in my internal lens. I listened to my daughters perspective. I listened to those who were speaking during the rally. I heard their deep pain as never before.

I remember the moment during this rally that I awoke to the vast suffering that had been right in front of me, yet not seen. I felt like the walls of my world were crumbling around me. I have since been in and out of anger, frustration, fear, remorse, sadness, and just about any other emotion, one can imagine.

And what I know is that I am not alone.

There is an awakening going on – a monumental shift in consciousness. It has been too long coming, and too many have suffered along the way. According to Robin DiAngelo,

The dimensions of racism benefiting white people are usually invisible to whites. We are unaware of or do not acknowledge the meaning of race and its impact on our lives. Thus, we do not recognize or admit to white privilege and the norms that produce and maintain it.

It follows that to name whiteness, much less admit that it has meaning or grants an unearned advantage, will be deeply disconcerting and destabilizing, thus triggering protective responses.

Like others of my generation, I received little information on the history or current state of racial injustice as part of my education.

Some of the darkest parts of history, like slavery and the thousands of black people, lynched following the civil war were downplayed or left out. I learned about the more positive aspects of black history and the civil rights movement. I learned about the ingenuity of black inventors like George Washington Carver, the tenacity of Rosa Parks, and the legacy of Dr. Martin Luther King, Jr.

I didn’t learn about Redlining or how the 13th Amendment allowed the enslavement of Black Americans after the abolishment of slavery, or that the War On Drugs drives racial disparities in the criminal justice system.

I believed in the system.

I believed that the American Dream was there for everyone who worked hard enough and aspired to be more, to do more.

I grew up poor in white rural America, and I am a first-generation college graduate. I have worked tirelessly to achieve a better life and have held myself to high standards. I believed in the American Dream, and I believed it applied to all if they worked hard enough.

When I first heard the term “white privilege,” my defenses went up. I believed that since I wasn’t personally racist that I was not part of the problem. After becoming curious about it, I started to ask questions and to educate myself. I learned that although white people may have grown up largely unaware of white privilege, it didn’t mean it isn’t real and that I have been its benefactor.

Through reading, talking to others, and studying, I learned that I created an unconscious narrative to justify the privilege I have as a white person.

According to Robin DiAngelo, author of  White Fragility,  this practice is called Individualism.

Individualism is a storyline that creates and communicates, reproduces and reinforces the concept that each of us is a unique individual and that our group memberships such as race, class, or gender are irrelevant to our opportunities.

According to Individualism, race is irrelevant.

Individualism claims there are no intrinsic barriers to individual success and that failure is not a consequence of social structures but comes from individual character.

White people cling to Individualism when asked to consider the privileges we have received.

I am sorry to say this is what I was unknowingly doing.

Of course, a system set up for white privilege does not exclude the possibility of discrimination against white people because there are privileges to certain socio-economic classes, genders, etc.

Acknowledging my white privilege didn’t discount that I have had hard times in my life; it means that my life wasn’t made harder by the color of my skin.

During his speech at George Floyd’s funeral, Al Sharpton said,

“It is time to make America an America for all Americans.”

This time I got it.

It is essential to acknowledge that even though I had challenges, I now realize that I also had white privilege. I share this because it was a significant issue for me and might be for others like me. I had no real knowledge or understanding of what white privilege meant.

If sharing this opens one heart, changes one perspective causing one action forward; it will be worth it.

This realization was another defining moment for me to see it differently. To see the burden placed on black people that make it more challenging to achieve, but also to feel safe and to feel like their very life matters.

As with any significant shift in consciousness, in the beginning, it seems hard, and the way forward seems impossible. But if we all can listen, educate, open, and act, we will find that way forward together.

It is a tender time for all, as we find our path in the midst of a mass awakening to social injustice. Change comes when each of us does the hard work of looking inward and excavating that which is dark inside of our hearts.

First, we must shine a light on the darkness.

We can commit every day to educate ourselves, to think differently, to hold everyone with compassion, and to spread love to all people regardless of race, religion, or any other difference. We can do the hard work of excavating any hidden bias within us.

The only way to truly change is to change the heart—one person at a time. And when our hearts change, we create an opening for those around us change too.

Never before has our willingness to learn been more critical. Listening to the history of race and white privilege. Listening and learning from those who have stepped up to educate. Offering our hand to those who are suffering.

Acknowledging racism, both explicit and systemic, can lead us to experience shame and guilt, even if we have not acted in overtly racist ways ourselves.

We must have the hard conversations, learn the facts, and own our part. In doing so, we move to a place of lament where we can express sorrow or regret. Awareness alone will not necessarily lead to racial reconciliation. Acknowledgment and lament can lead us into the healing process.

Lamenting horrible events that have occurred offers a connection between the person grieving and the harm done.

That is the first step in creating a pathway to healing and hope.

According to LaTasha Morrison in Be The Bridge,

We need to sit in the sorrow. Avoid trying to fix it right away. Avoid attempts to make it all ok. Only then is the pain useful. Only then can it lead us into healing and wisdom. This is the first step in creating a pathway to healing and hope.

We are each doing the best that we can, and many are trying to find their voice. There is much to be done on the surface, but fundamental change will only come from this inward work and shift.

Be mindful of the slumbering conditioning in each of us as we react to the awakening events of our times.

Do not go back to sleep.

When people move together, history changes.

There are many resources out there for learning. Below is a list of what I am currently doing to educate my family and myself but this is only a small beginning.   I invite you to explore them as well.

I also welcome suggestions about the resources and people from which you are learning.

I am open and eager to hear your thoughts, your stories, and your heart.

From my heart to yours.

Continuing the incredibly hard talks at the dinner table and around the living room as my family and friends sit together. We have learned much doing this, but there is so much more to learn. So much support and accountability are needed as we find our way to make a difference.

Be The Bridge by Latasha Morrison

The Hate You Give

People and organizations to follow and to learn from