“A good word to describe Hope is passion. Her desire to share yoga with others is more than a simple interest. She teaches with an intensity and commitment to lovingly serve others.  Her passion for the art and science of yoga as a conduit for healing and wholeness runs deep.”

When I began my journey of healing, I was beat down by life. I had ignored my internal compass for a long time, and my body and my mind were paying a hefty price. I found myself in a cycle of never ending physical challenges and I felt as if my world was crumbling under my feet.
I was diagnosed with autoimmune problems and then as infertile. I was told that I could not conceive another child. I had one young daughter at the time, and I knew in my heart that I was going to have another girl–even if the doctor flatly said it wasn’t possible. I also knew medications and “learning to live with it” were not the answer for me.
I knew I needed to do something different.  I radically changed my diet and lifestyle.  The changes seemed to be working, and I began to feel better. To the amazement of my doctors I became pregnant, but had a heart-breaking miscarriage at 14 weeks. However, I didn’t give up hope.

Eventually I became pregnant again and gave birth to a healthy baby girl—the second daughter I’d held in my heart for so long. Although the lifestyle changes I had made left me feeling much better, there was a missing component to my healing, which I would not grasp until years later.

In early May of 2009, I was awakened by a sharp pain in my right breast. I had a piercing thought that this might be a sign of breast cancer. Although I eventually fell back asleep, that internal voice lingered. After a series of tests a doctor visit confirmed that insistent voice, as I was diagnosed with breast cancer.  In that instant my whole world changed.

There was no medical explanation for the pain that I had encountered. It is true that messages are delivered in many forms. I was glad that I had been aware enough to hear and open enough to listen to my inner knowing.  I began a hard road of decisions, treatments, and eventually surgeries, at one point developing a bacterial blood infection that almost took my life.

With a quick one-two “bad stuff happens” punch, just as I was completing my treatment for breast cancer my mother passed away. It was official: I was in lock-down mode. I felt that I was at the end of my story. As my inability to deal with the stress in my life continued to build, I began to experience severe vertigo. It landed me in and out of the hospital and into vestibular therapy.

Then a doctor recommended that I try yoga. Yoga had been on my to-do list for years but I had never gotten around to actually doing it. I found a local studio, and went to a class. I have to admit I was scared. I had seen those extreme yoga poses on the cover of magazines, and I wondered what I was getting myself into.   But there I was, in a studio, taking a class, wondering if I was going to be able to do it; and honestly, I couldn’t do a lot. However, my inner voice said that I was in the right place, so I committed to attending class regularly.

That is when the shift occurred.

As I moved deeper into my practice and my heart, there were times when I practiced through the tears that were rolling down my face as the layers of “holding” began to unravel, and as I began to heal both in body and mind. My life started to look different as I changed the way I looked at my life. I began to find my true self underneath layers of what had seemed like my reality.

“Just as a flower unravels as it blooms I began to unravel – body, mind, and spirit and my life and health began to change in ways I could not have imagined.”

I breathed more freely, balanced more steadily, and became stronger in body and mind. The pain in my body that was part and parcel of my everyday life began to subside. I slept better. I ate better.  And I developed a stronger sense of myself.

As I regained my strength and began to trust my journey, my path and soul purpose became clear. I experienced a heartfelt calling to lead others in their journey of discovery and transformation. I dove headfirst into learning all that I could about the practices of yoga, meditation, and healthy living. I continue to apply this knowledge in my life with great results, and I will gladly share it with others who are walking their spiritual path to the heart and to their authentic selves.

On my spiritual journey, I have learned that my internal world mattered.

I tapped into my internal voice, got in touch with my feelings and emotions, and became grounded in my body and mind. That is the message I am passionate about sharing with everyone!
Honestly, my whole life has changed for the better.
I know that yours can, too. If that voice inside is calling, you can decide to stand up for your authentic self and create the life that is calling you–regardless of what anyone else thinks!

Here's what I know for sure... 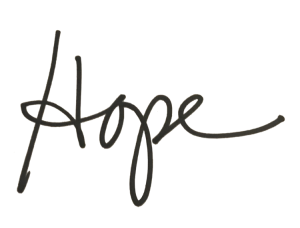