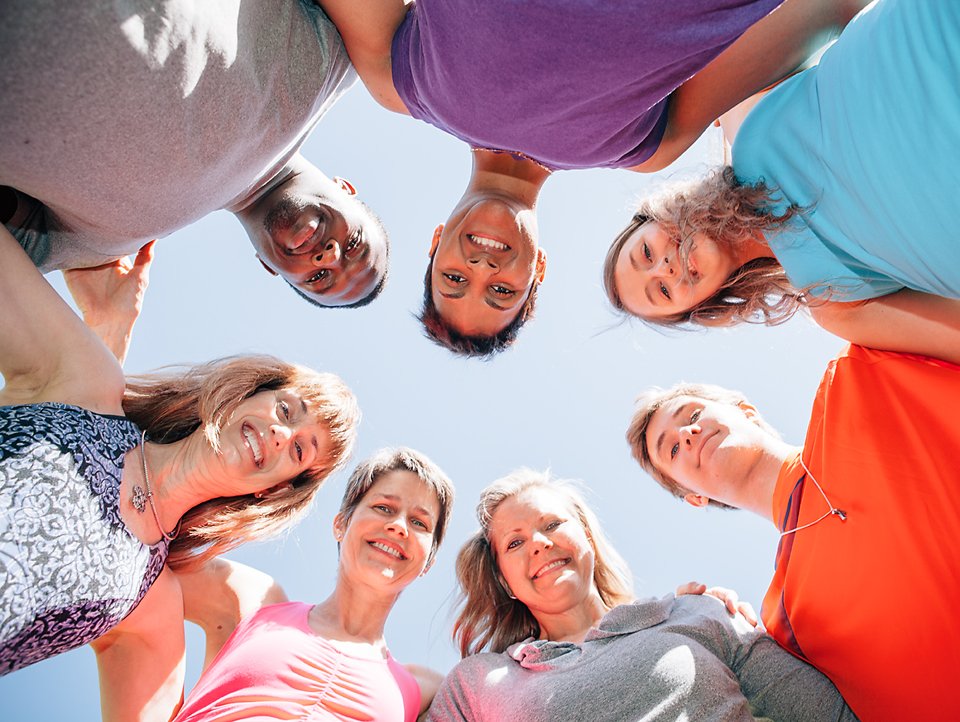 There are times in our lives when kind words sink a bit deeper and linger a bit longer.  There is an opening that lets kindness seep in and allows a more subtle (but still deep) saturation of energy to engulf the very cells of our bodies.  My recent birthday was one of those days.

The day started when I woke up to hear my teenage daughter in the kitchen and then caught the aroma of homemade banana muffins baking.  I was called down for breakfast with my family and on the table was my favorite breakfast, a dozen yellow roses (in memory of my father, whose favorite flower was a yellow rose) and homemade cards with attention to detail that touched me even more.  Pictures of cats framed one card, and as I have been known as the cat whisperer and the keeper of all cats lost throughout my life, this was perfect.  Pictures of “healthy” birthday cakes adorned another.  One was hand written, and all were from the heart.  I held back the tears and I sat down to take it all in.  Gratitude filled my heart.

I taught my usual Thursday yoga class with some great people who have been practicing with me for a long time and whom I have gotten to know well.  Afterwards, I was treated to lunch by a dear friend, who is also a yoga student and all around incredible person.  From there I was off to watch my younger daughter play in the championship league basketball game.

We enjoyed a last dinner with the team as they wrapped up the season, and then hurried home to watch “American Idol” with the family.  I don’t really watch TV these days, but I sat down to watch with my daughter and was drawn in by Harry Connick, Jr. and Keith Urban.  They are the best act I have seen in a long time, and we found ourselves laughing hysterically throughout the show. (I cherish opportunities to laugh these days, especially with my two teenage daughters, so I have begun watching “Idol” with them each week.)  To complete the day, there were many well wishes and kind words from friends and family.  I even received a happy birthday text from my father-in-law.  This is so amazing because he is 85 and has never texted before in his life.  I felt special–really special.

As I lingered in this feeling of peace and of love, I was reminded of another time when words shared had meant so much. After my mother died, there was much discussion over whether or not to have an open time to receive friends.  The remaining family tossed the idea back and forth. My mother spent a lot of her earthly time contemplating and planning her funeral activities and had been very clear about what she wanted.  We discussed the thought that what we did after my mother’s death was really for us.  After much contemplation, we decided to go forward with it. We agreed that even though my mother was gone, this was the last thing we could do to honor her.  What we didn’t know was that the joke was on us so to speak, as it turned out to be the last thing she did for us.   As the evening started, I was reunited with two individuals who had made a significant contribution to my life–my high school English teacher and my high school basketball coach.  It was great to see them again and to catch up on our lives.  As the people begin to pour in, we stood beside my mother’s casket and acknowledge each person as they walked by.  I met people I had only known through my mom’s stories about them and I met some I had not known in any way.

Each visitor had some pearl to share with me about my mother;  how she had helped them through a rough patch in their life, what a difference she had made in their life, or how she had given them clothes, or food, or friendship.  Their words were gifts to me, and I learned more about my mother and her spirit that night than I had ever known when she was alive.  I was comforted in a way that is hard to explain.  I knew then that this event had not been a last gift from us to our mother, but was instead a last gift from my mother to us.  It was a time to heal and to understand who she was in a sense we had never known. I wondered if she had contemplated the meaning that would come about through this experience, and that in some way was the reason she was so adamant about it while alive.   I will never forget the people who took time out of their day to come and to speak such kind words, and I will never forget how it made me feel.

It is so important to connect with each other, honor each other, and to say the good good things we have to say about each other.   Your good words could make all the difference in the world to someone who needs exactly what you have  to offer in a moment of giving and receiving from one human to another.  We shouldn’t let the opportunities pass us by to shine our light on another person, and in doing so make the world a brighter, more beautiful place to be!