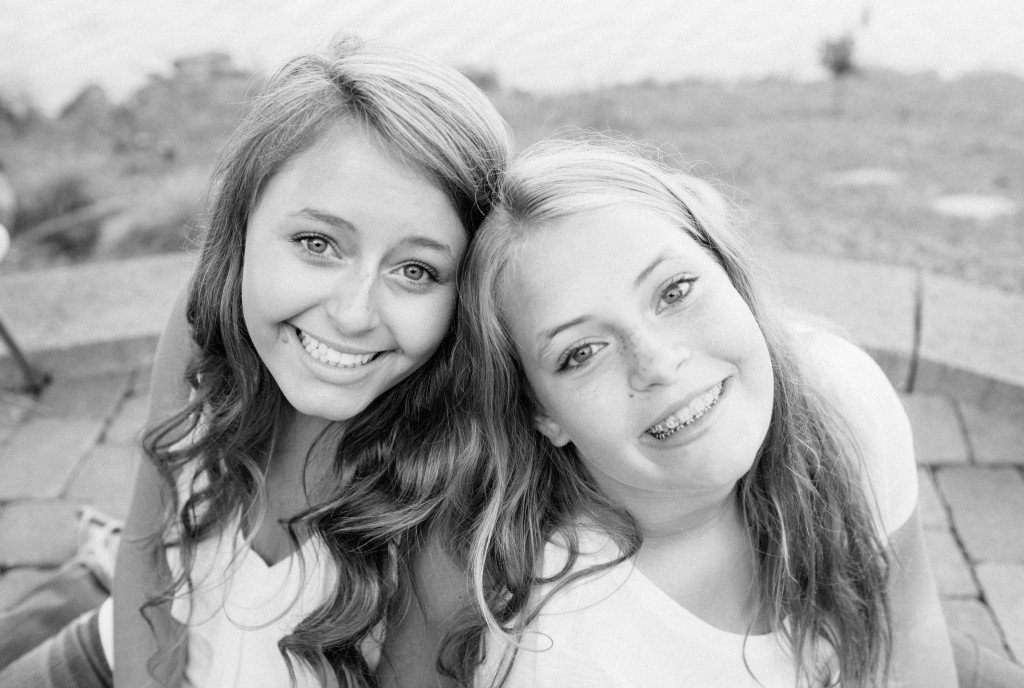 Infertility is a sensitive topic and my heart goes out to anyone who has struggled with this issue.  I remember the depth of pain in hearing someone tell me that it just wasn’t going to happen.  I remember the heart breaking ups and downs that went along with the journey.   Our stories may all be different, but the deep desire to bring forth a life into this world is the common thread.  Here I share my journey and 5 important steps that kept me moving forward, as I was being told repeatedly that having another child would be impossible.

I always envisioned myself having three girls. I can’t explain why, just that it was an innate feeling deep inside of me. At the age of thirty-three, after an assist with a first-round infertility drug, I became pregnant.   A few years later it was time for daughter number two – or so I thought. When nothing happened, I visited my infertility doctor again, only to be told that my follicle-stimulating hormone was very elevated. According to my doctor, this meant that all my eggs were bad and that I could not get pregnant. I went to several other infertility doctors and got the same response from each one.  I told the doctors I was going to have another girl. They told me to give it up and move on. I did – but not in the way they had suggested. I found another way. Here is what I did:

I believed in my inner voice.

I can’t explain it, but I knew at the deepest place in my soul that I was going to have another girl. I felt her strongly and I even saw her in my mind. I never let go of her, even in the midst of being told repeatedly that it was no longer possible for me to conceive another child.

I researched and read everything I could find on treatments for infertility.

I took matters into my own hands. I began to research my “condition” and alternative approaches to infertility treatment. I read volumes on the effects of diet and lifestyle on my health. I read stories of others who had overcome infertility issues and gotten pregnant. Even though none of those stories included my specific situation, I forged ahead. If I read about something and it felt credible to me, I included it in my approach.

I sought out alternative therapies.

I found a naturopathic doctor (an alternative practitioner). He explained how he would help me detox my body – starting with the biggest offender. He likened the process to that of an environmental engineer who cleans a body of water by testing the contents and removing the largest toxin, which in the process removes other toxins. The naturopath would then re-test and continue to assist my body in the removal of all that had built up from toxins in the environment and years of a not-so-healthy diet and lifestyle choices.

I totally changed my diet and lifestyle.

I started to add more healthy foods, cut out all processed foods, and eliminated all artificial sweeteners. I juiced, fasted, and added more color to my diet. I stopped using things that I learned to be toxic or unhealthy, including certain food storage containers and personal care products. I began to read labels and learn about the ingredients in everything I was consuming or putting on my body.

I held on to hope.

About six months after diving headfirst into my own journey to heal my body, I got pregnant – naturally.   Overjoyed, I made an appointment with my doctor.   He told me I couldn’t be pregnant when I returned with the positive pregnancy test in hand. He told me it must be a false positive. Twelve weeks later, during an ultrasound he saw a heartbeat and proclaimed that I was indeed pregnant. He had never seen it happen before in nineteen years of practice. Two weeks later I miscarried.   At my next office visit I got the “I told you so” lecture. I was not ready to give up. Although heartbroken, I held onto hope.

I continued my progress toward a healthier diet and lifestyle. I got pregnant again and gave birth nine months later to a healthy baby girl. I believe she is my third daughter. I believe my second daughter was lost with my miscarriage. She didn’t make it all the way here, but she will always be in my heart.

I kept up my healthy lifestyle practices after I gave birth. I even became a vegan raw foodist for a few years. I sprouted, planted, grew, and dehydrated.   I stopped drinking – alcohol, that is–and substituted wheat grass shots instead. I got certified in living foods and yes, I bought a Vitamix (and used it every day). Eventually I found a healthy medium in my approach toward my diet, eating the foods that worked to keep my body and mind in a healthier state, while being able to integrate my diet and meal-time with others.

Eating healthier connected me to my body in a way I had not been in years. It was a true blessing. In June of 2009 I was in tune enough to sense that something wasn’t right. I made an appointment to see a gynecologist, and soon after I was diagnosed with breast cancer. The obvious questions arose in the wake of such a devastating diagnosis. I eat healthy and take care of myself – so how could this happen to me? Cancer is a complex illness. The truth is, we are not in total control. Although I had taken charge and was taking better care of myself, there was still more healing to do. I chose to think in terms of how bad it could have been if I had not been taking such good care of myself and my body in the last several years.

Knowing all that I do about eating healthy, I stepped up my diet even more as I went through treatment.  Thanks to the healthy eating revolution, which has expanded local organic food options around the country through farmer’s markets and co-ops,  grocery stores, and even restaurants, sticking with a healthy diet is now easier than ever. Along with other treatments, a committed yoga practice, and my determination to overcome breast cancer, I just passed the six-year mark and celebrated my youngest daughter’s fifteenth birthday! 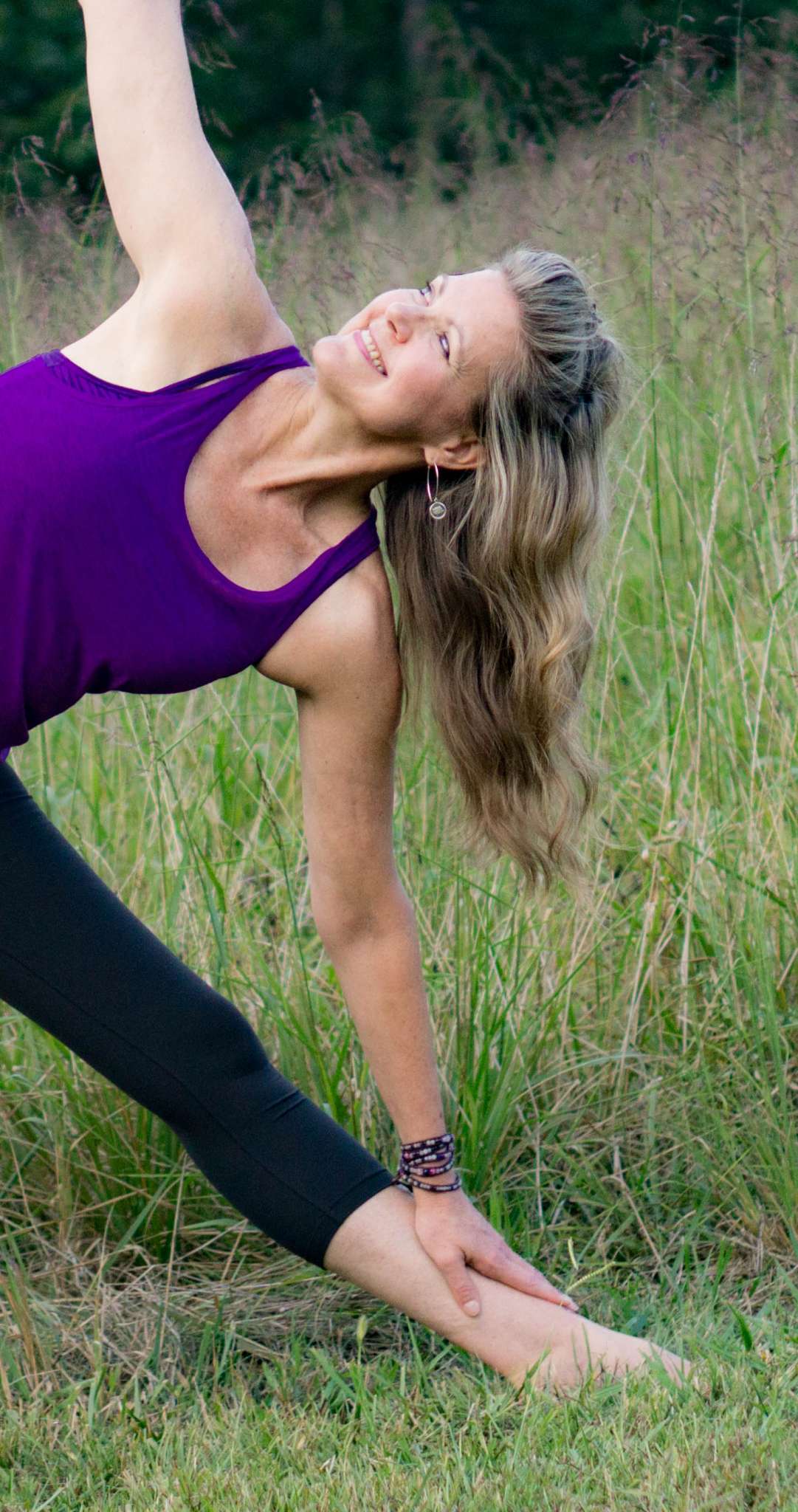 About Hope Knosher, E-RYT500  Hope is a passionate yoga teacher, writer, breast cancer survivor, and healthy living coach who found her voice and her strength through her practice. Overcoming breast cancer 7 years ago, Hope turned to yoga to help her heal. After her practice lifted her mentally, physically and emotionally she experienced a heartfelt calling to share the healing qualities of yoga with others. She founded Hope’s Yoga and began sharing her experiences and her passion for yoga and healthy living through teaching, writing and speaking. Hope loves inspiring and empowering others to live a more joyful and connected life and to be more of who they truly are. Through sharing the practices of yoga, mindfulness, and healthy living she helps others reduce chronic stress, increase awareness, compassion, and mindfulness; while strengthening body and mind. Hope’s writing is featured by MindBodyGreen, Lucy Activewear, Mantra Magazine, Natural Awakenings, The Wellness Universe, as well as her own blog. Hope’s Yoga has been named Best Of Atlanta by Atlanta Magazine and Hope has been named one of Atlanta’s Over 40 and Fabulous by Best Self Magazine. Connect with Hope at www.hopesyoga.com for more information including her full schedule, retreat calendar; or to schedule corporate or private classes and speaking engagements.

3 Breathing Practices That Bring Balance, Calm, and Focus to Body and Mind, Part 3
Next Post: How To Handle The Holidays After The Loss Of A Loved One »